Cobbled streets, houseboats lining the canals, and a spire twisting the wrong way. Christianshavn is one of the most charming neighbourhoods in Copenhagen. And should you be passing through one day, you'll understand why. On a sunny day, the wharf along the canal is packed with people enjoying a cup of coffee, whilst on rainy days people of all ages head to the neighbourhood's many cafés and restaurants. Christianshavn is of course also home to Christiania, one of Copenhagen's most visited areas.

Christianshavn was built by Christian IV in the early 17th century, inspired by architecture from Amsterdam. This is especially evident in the canals, the heart of Christianshavn, but also in the many old warehouses. At one time, Christianshavn was a poor working class district and has faced threats of demolition over the years. Since the 1970s though, plans for restoring the area have ensured the preservation of the historic buildings in the neighbourhood. Over the past 30 years, Christianshavn has been transformed into one of the most popular residential districts in Copenhagen.

Our Saviour's Church - a spire that twists the wrong way 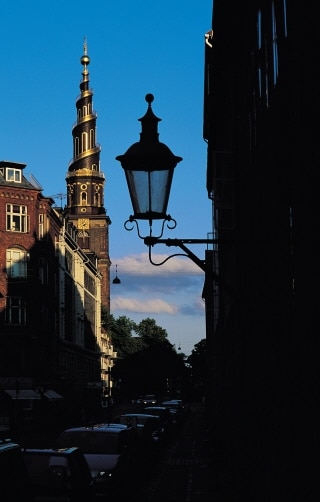 Our Saviour's Church is located in the middle of Christianshavn. The vast majority of the church's visitors come to climb the 400 steps that wind their way up to the top of the church spire. From here you have a spectacular view of Christianshavn, Amager and the city centre. It is said that the architect of the spire had intended for the spire to twist clockwise. But something went wrong during construction and the spire ended up twisting anticlockwise. Apparently the architect became so distressed that he threw himself off the top of the spire. Our Saviour's Church is one of the most popular attractions in Christianshavn.

How about a bottle of beer?

There's not many metres between the cafés in Christianshavn. Nor is there a shortage of restaurants in this neighbourhood, including noma, rated the world's best restaurant on many occasions. But if you're looking for a genuine Christianshavn experience, drop by a local tavern. Stop by the Eiffel Bar: its 279 years in existence makes it the oldest pub in the neighbourhood. Across the street you'll find Fingerbollet, where you can show off your skills at the billiard table. Kanalbodega, Stærkodder and Café Falken also serve cheap bottled beer.

You can't miss the canal when you visit Christianshavn. The canal, which meanders through the entire neighbourhood, is always crowded with both visitors and locals. If you want to see Christianshavn from another angle whilst learning about its history, take a tour on one of the many canal boat tours. Along the waterfront you'll see old warehouses along with colourfully painted houses.

The Copenhagen Opera House sits commandingly along the canal on Holmen. The magnificent building was designed by world-famous architect Henning Larsen, and donated to the Danish people by Mærsk Mc-Kinney Møller. The architecture of the Opera House is unique, and tours of the building run several times a week. 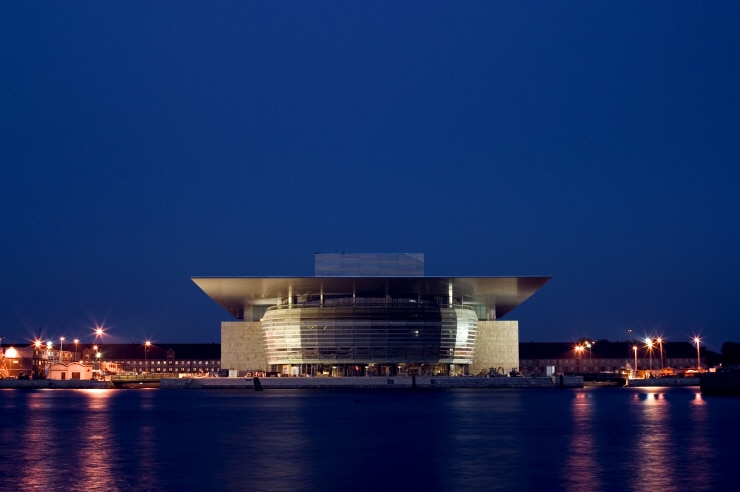 Just before you reach Holmen is Papiroen, home to Copenhagen's Street Food. The range of small food trucks you'll find there offer everything from Thai food to gourmet hot dogs. When the weather is nice, you can take your food to the quay and enjoy views of Nyhavn and the Royal Danish Playhouse.

Christiania, Freetown or simply the 'Town' - a cherished child has many names. Christiania is a green, car-free area, home to about 1,000 residents. Christiania was originally made up of military barracks. In 1971, a group of squatters cut a hole in the fence and occupied the area which hadn't been used for years. Ever since, Christiania residents have struggled with Denmark's government about the right to use the area, which resulted in the formation of the Freetown Christiania Fund in 2012. Today, the association owns a large part of the Freetown. Christiania has always been home to quirky characters who could not find a place or sanctuary elsewhere in the capital. You'll find plenty of fun and creative houses, natural surroundings, galleries and places to eat in Christiania. Christiania is also known for its cannabis trade on Pusher Street, despite the efforts of politicians to put a stop to it.

In recent years, several bridges have been built that connect Copenhagen's neighbourhoods in a new way. There is a bridge from Christianshavn to Nyhavn, making it a short walk or bike ride from Scandic Front. Our hotel offers you a view of the Copenhagen Opera House on Holmen and Papiroen street food market.

Join Scandic Friends to make sure you always get the best price. Learn more.

Become a member today to get access to all member perks. It's of course free of charge.